A few years ago I had my own home office to use for home working. Like a lot of office space, this got a bit cluttered over time with many a number of computers in there. In total I had:-
It was becoming not only a bit of a mess as you can imagine, but my working practices was also changing and I was becoming more mobile. So I started to converge the functionality of these machines.
I could split up these functions as:-
1. Family Stuff I paid for and uploaded all family photos to Google Picassa; why not SkyDrive you ask? Well when I started this migration the photo browsing in what was to become SkyDrive was less than ideal as was the video playback, and documents such as pdf files just was not possible to view online.
2. Work Stuff I am a big fan of source control and have a large number of development projects that I have worked on in my spare time over the years. Mostly these are just spiked projects to test out some new technology, but there are a few gems in there I didn't want to loose. So the worthwhile projects I have uploaded to private mercurial and git repositories on Bitbucket. The free Bitbucket plan allows for unlimited private repositories so long as there are no more than 5 users.
3. Astronomy I use a number of astronomy related programs and have to keep these separate from my work stuff as I have a tendency to flatten and re-install my development stuff every now and then because the machine just grind to a halt eventually. So I have dev stuff on one laptop and astronomy stuff on the other. 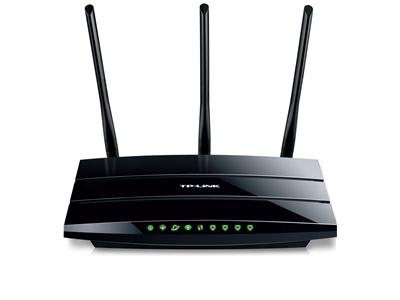 The new laptop has Hyper-V installed and I have a VM created which is a copy of my old XP laptop for running astronomy programs. I have a copy of the VM stored on external usb drive; this usb drive is attached to the ADSL router so it is always on and accessible.
The desktop pc and server have been wiped and gone to new homes.
Even the printer and scanner have gone as I don't do that much printing anymore; I do my printing of documents at Staples and for any photos I go to my local Asda (Wal-Mart) to print off.
I do have a handy hand scanner that can handle A4 for important docs. These are stored as pdf and uploaded to Google docs.
All source code is in the cloud at Bitbucket; I am looking into doing continuous builds in the cloud and that will be coming up in a future post.
I do most of my web browsing on the Surface RT.
So I can have a major disaster at my home office and I know all family, work and astronomy stuff is safe in the cloud.
But I know that is not a good enough back-up strategy; you should always have files stored on two different media in two different locations; so I have purchased a decent USB pen drive which also holds all family photos and important docs; this is stored in a mini safe in the house.
This whole change has allowed me to free up my office and turn it into a playroom for my little boy. Now I do my work either at the kitchen table or sofa; it works fine as I don't really need any other equipment and it all packs up quickly. Also because the laptop has an SSD inside it boots up much faster than the old pc; so I can get to work much quicker.
So what is your home setup like?
Has it changed over the past few years as technology changes?

HTTP Endpoint Monitoring for both Windows and Android